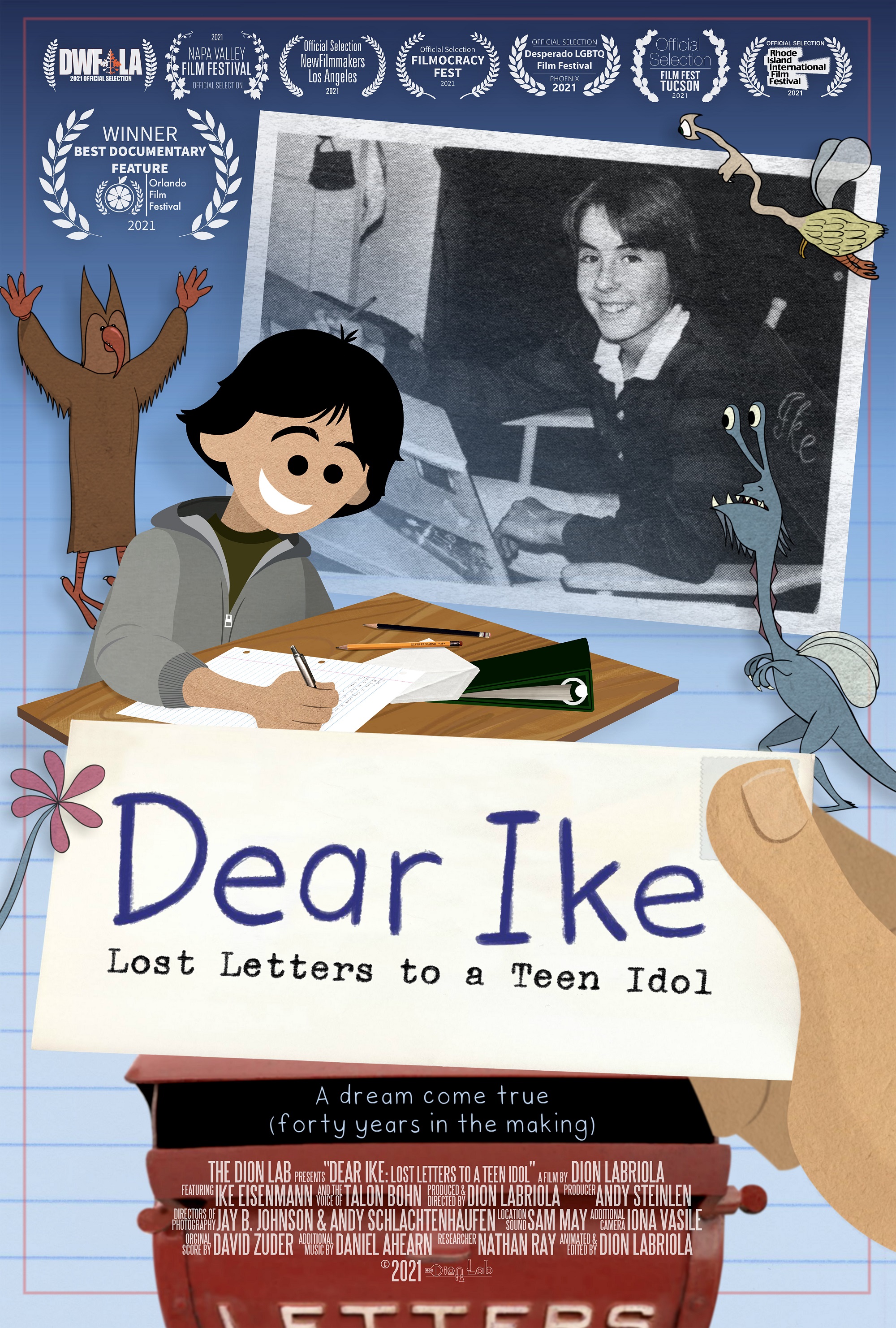 In the feature-length animated documentary “Dear Ike: Lost Letters to a Teen Idol” Los Angeles filmmaker Dion Labriola recounts his all-consuming childhood quest to contact his teen idol, Ike Eisenmann (of Walt Disney's Escape to Witch Mountain fame). The goal of his mission - to ask Ike to star in an animated science-fiction epic that he was forever developing in an overstuffed three-ring binder. After an exhaustive string of failed attempts, a magical turn of events points Dion directly toward his goal in the most unexpected of ways... some 40 years later.

Filmocracy Fest is an innovative film and media festival, bringing together the best of traditional festival events, while integrating unique digital programs to create a memorable and productive experience.

This year we have Festdance during December 9-10, which offers two tracks of panels and education for both filmmakers and film festivals. We'll have esteemed panelists to discuss how to improve sales, distribution, financing, and production of both films and festivals.