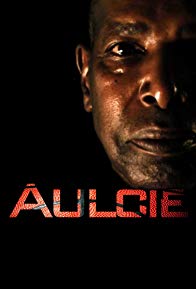 Aulcie tells the inspiring story of Aulcie Perry, a basketball legend who led Maccabi Tel Aviv to an upset win in the European Championship. During the summer of 1976, Aulcie Perry was spotted by a scout for Maccabi Tel Aviv while playing at the Rucker courts in Harlem and was quickly signed to play for their fledgling team. The Israeli players immediately responded to Aulcie's leadership and that year they had what one Sports Illustrated writer described as "the most extraordinary season in its remarkable history" and what Perry later called "the best nine months of my life." In 1977, Perry helped the team to its first European Championship, a prize they took four years later again under his leadership. After the season, to the surprise of many, Aulcie Perry converted to Judaism, adopted the Hebrew name Elisha Ben Avraham, and became an Israeli citizen. This inspiring film tells the story of this remarkable athlete who captured the spirit of a nation, triumphant and victorious against all odds, and put Israel on the map.