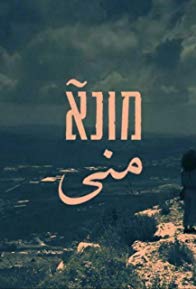 Israeli summer of 2014 - Muna Abud, a successful female Israeli-Arab photographer who lives and works in Tel Aviv, is putting together an exhibition of her work portraying strong, groundbreaking Arab women. The exhibition will take place in Paris and be sponsored by the Israeli Ministry of Foreign Affairs. On one hand, her Arab critics argue that this exhibition is an attempt to cover-up for the discriminating Israeli establishment. On the other hand, her Jewish critics refuse to accept her as their representative and some of her exhibition's heroines decide to pull out of the project. Muna is a strong woman; but simultaneously, her brand new and complicated romantic relationship with Yaniv, a Jewish news producer, is being put to the test ever so intensely against her family and the village she grew up in.