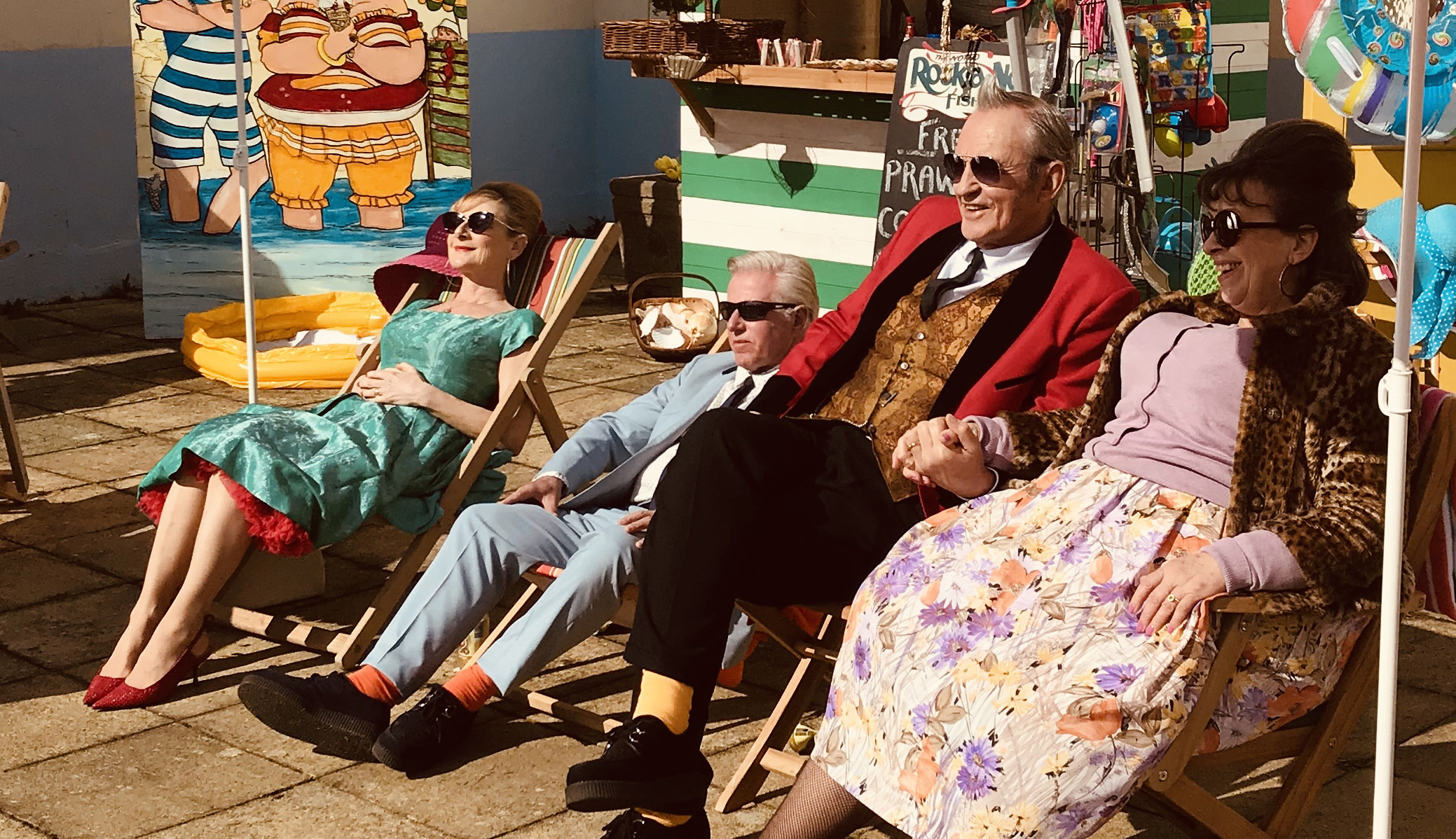 BEST OF FEST: Larry Lamb, Marion Bailey, Phil Davis and Lesley Davis star in this gritty comedy, set in the UK’s most infamous seaside town, Brighton. Directed by Stephen Cookson, the film is based on a 1994 play by acclaimed writer Steven Berkoff, Brighton Beach Scumbags. Set simultaneously in the 1960s and the 2000s, the film tells the story of two East London couples on their first day trip to Brighton for 40 years. But the city is not how they remember it…. As they recline on deck chairs at the beach, central characters Derek, Dinah, Dave and Doreen reminisce about their teenage trips to the resort and remark on how it has changed. Through the lens of a vibrant seaside town, Cookson explores some of the entrenched notions of class and generational difference in British culture. Bursting with colourful characters and iconic costumes, Brighton is a brilliant piece of ensemble cinema, with acutely observed period detail throughout.

The mission of the Victoria Film Festival is to expose our community to a wide range of ideas and lifestyles through year-round presentation of film, video and new media. Through our events and presentations we aim to stimulate critical analysis and inspire individuals to recognize and utilize film as a creative tool.