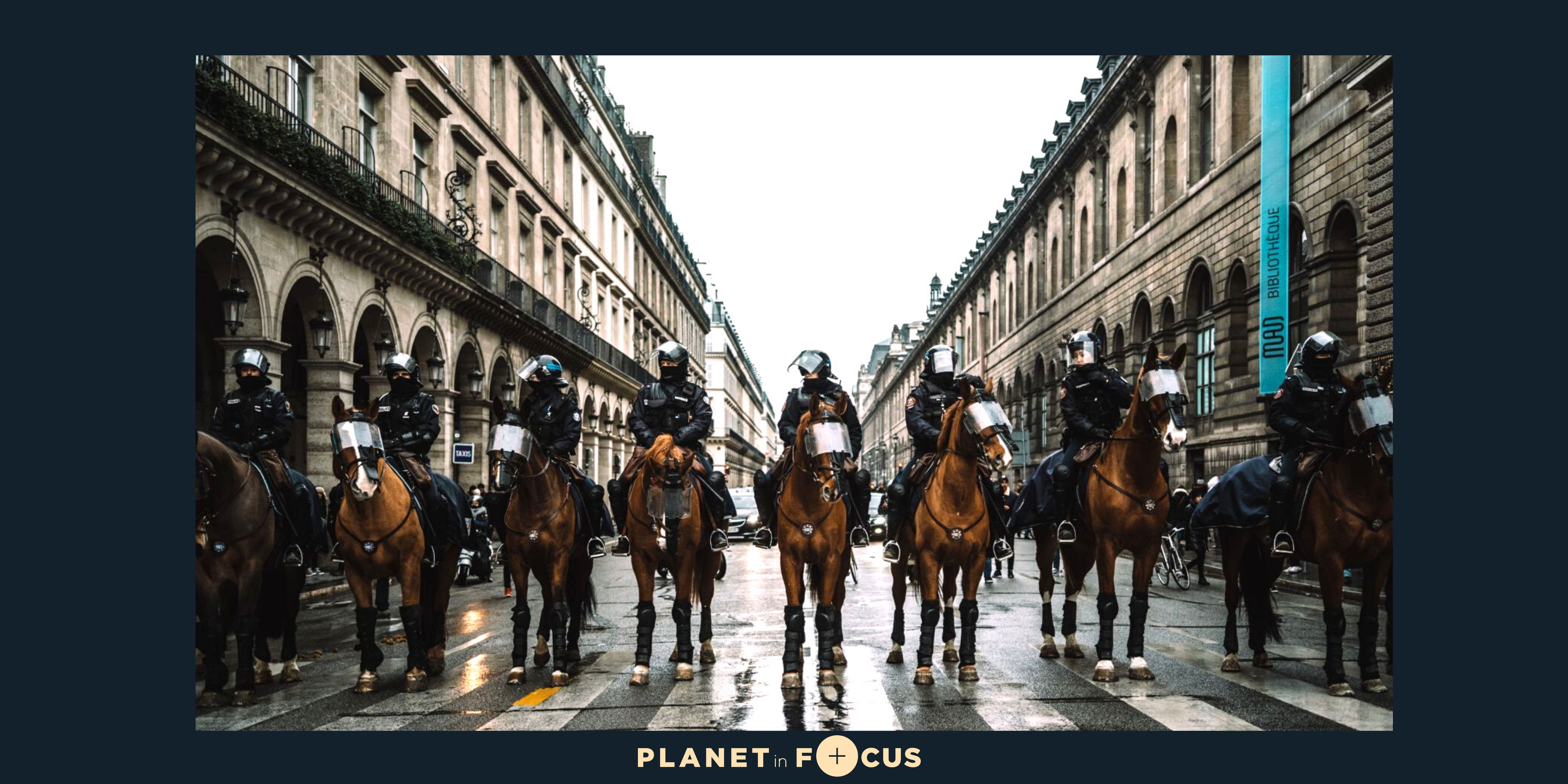 When is it legitimate for a democratic government to enact force against its own people? This is the central query posed by David Dufresne’s The Monopoly of Violence, an absorbing, shocking, and hugely timely documentary that interrogates the just limits state police powers. During the relative political stability of recent decades, that question may have seemed academic to some, but today—as protests against climate change, racial injustice, economic inequality, and pandemic restrictions roil in the streets—it has assumed great urgency, with literal life and death stakes. In his pursuit of an answer, Dufresne presents raw and sometimes graphic footage of clashes between police and protestors alongside compelling interviews with academics, police officers, and victims of police assault. The immediate context for Dufresne’s deeply thought-provoking film is France’s “yellow vest” movement, but its relevance, like the police violence it documents, is wide-ranging, equally applicable to pipeline protests in British Columbia, or efforts to prevent the clearing of encampments from Toronto parks.